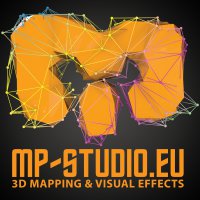 Our goal is to run a highly efficient visual effects service from pre-production to final delivery, offering clients clever and creative solutions that capitalize on their extensive experience and interactivity .